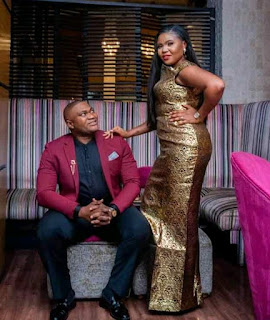 Why do people keep secrets in marriage, it may interest you to find out some reasons why keep secrets from their spouses..

There are many reasons why people keep secrets from their partners, different people with different reasons.

Before we got married my husband said we should not disclose our financial status to each other, after we kept moving on, at a point an expensive car he could not believe his eye, I didn't tell him the price but he found out the price and he was surprised to extent of becoming interested in my financial status. Apart from that I placed his mother on salary and I guess his mother didn't tell him about it. As we speak he wants to know my income.

I got married in 2008 as a virgin, I did not know my husband was I'm potent and weak until till 2015. Before I discovered, he never touched me, when I asked he would always say he is weak until went for medical test that was when I discovered. He was placed on medications and some drugs were purchased believe me he didn't finish his medication. He less concerned about medical condition instead he went on buy expensive outfits. People close to me have been advising to divorce him after 13 years no children.

I don't want my wife to know how much I earn because I discovered she had child before we got married, when I confronted she said yes but she didn't want to let me know about it.

Secrets in marriage will not help the marriage, it will only destroy the marriage. In most cases it doesn't start during the marriage it must have started before the marriage. Some think if they tell their partners their secret it may be used against them or their patners may not accept them for who they are. Have noticed when some people are making calls they do not want their spouses to know or hear their conversation because they have got things to hide.

If is good to be plain in any relationship to give room for transparency. Secrecy gives room for doubt

This is common in relationships, spouses keep their past from themselves so as not to reveal what they have had before they got into the relationship. There are series of cases where the man or woman must have lived a reckless life in the past and they want their partner to have idea of what they used to be before their marriage.

You know some guys when they were in the tertiary institutions they had engaged in some cult activities and even some took part robbery so because of their terrible activities they had in the past they want to conceal it so their partners would not know.

On the other hand some girls had engaged in prostitution, and probably they had even aborted their pregnancy, because they dont want to reveal their past they keep their secret from their husbands.

This is another reason why people keep secrets, there is no point hide this from your spouse, a problem shared is half solved. Some do not have confidence in their partners so they find it difficult to open up. There was a man who was impotent even before he got married till he got married he never told his wife until his wife discovered herself after about 5 years into the marriage. If he had opened up on time they would have found series of solutions to his problem.

Keeping secrets in relationships is never a good option to explore at all.

Different people with different health challenges, some prefer to die with it than to open up. Some lady have had abortions and likewise some men may be impotent and they will not disclose to their partners.

There are cases where people with cases of mental illnesses will not reveal it even during the relationship.

This is also a common practice in marriages, I can not say precisely in which gender it is predominant all I know it happens ok n regular basis.

People have different reasons for not disclosing their financial status to their spouses. Some women believe that if their husbands know they earn very high income, especially when they earn more than them they will not happy, or some may become totally dependent on them.

As for men earning high, they believe if their wives get to know that their demands will be high. On the other hand some men do not want to reveal their financial status to their partners because their take home cannot really take them home.

You know our Nigerian people, if they have something they want you to know they have, they will rub it on your face so you can know they are loaded.

At times some don't have what they claim they have or they are not what they pretend to be. For instance, some who can brag are very junior officers in their various offices but amongst their friends or in the midst of family they potray themselves as big man or woman.

So what are saying, we are saying that some people are junior staffs but they keep it as a secret because they are already parading themselves as a big man or big madam.

Although there may be reasons why secrets are kept but these days people are not sincere they are economical with the truth.

Keeping secrets because of each affairs has been around for a long. It an old practice and it is still in existence. The both gender do this, I can not really say if it synonymous to a particular gender but I know it exists in both male and female.

Why do they engage in this act?, they do this because they want their patners to be aware of other activities they engage in outside their legitimate marriage.

There are many reasons couples keep secrets in marriages, if there is any I have not mentioned above you can add your suggestions through the comment section of this post.