How Lies Can Break A Marriage 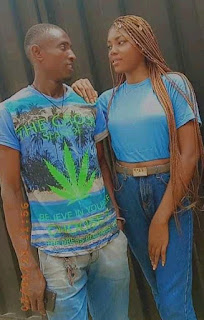 Some marriages around the world have hit the rock due to so many lies. But before we proceed I will like us to define what marriage is.

In this article, I am referring to the marriage between opposite sex not thesame sex.

Definition of marriage:  It can be defined as legally or formally recognized union between man and woman as partners in personal relationship.

Definition of Lie: lie is defined as intentional false statement by a person or group of people.

Lies are not synonymous to a particular gender, it cuts across both genders. Many people lie to claim to be what they are not.

Lies have destroyed marriages, some are on the verge of being destroyed and some are warming up for destruction.

Before a man and a woman agree to be in a relationship or even get married they need to trust and be sincere with each other.

So how can lies breakup marriages??

Take for instance, a couple who has married for over 15 years and the wife was having extramarital affair with their neighbour who was idle and was always playing a game called ludo with the wife.

The woman and her neighbour's relationship continued until the woman had 3 children for her neighbour but the woman's husband thought he was the father of the 3 children.

After sometimes, some other neighbours who were not comfortable with act hinted the woman's hubby and the h and the could not bear it anymore the man and the 3 children went for DNA test and it was proven that none of the three children belong to the man. The man became very angry because his wife was having extramarital affair and lied to him, this led to their marriage breakup that was how the marriage ended all because of lies.

In another case, a man lied to his wife before they got married that he was university  graduate with a bachelor's degree (BSc). The man was a businessnan when he met his wife but after few years into their marriage the man had problem with his business and things were not going on well for him.

When things were becoming rough and tough for him, his wife advised him to leave the business for some time and use his BSc certificate to look a job so they can continue with their love life, it was at point the wife knew he was liar, that was how their marriage crashed.

So when you are in any relationship be sincere and trustworthy, anybody that really wants you, will like you for who you are not who you are not. Don't pretend, be open.