Is It A Crime To Be A Single Mother? 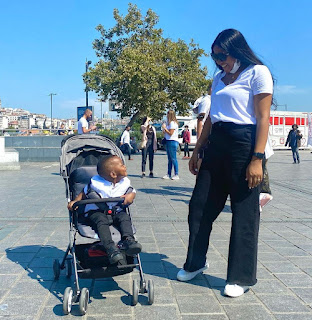 Is it really a crime to be a single mother?

In Nigeria and some counties, being a single mother is seen as something bad. A single mother status could be caused by the death of the husband or divorce. It is funny to find out that women are women's problem because they engage in stigmatization against fellow women.

Now, before we proceed, single mother can be defined as a mother who has dependent child or children whose husband is late or divorced.

In Nigeria, single parenthood is not exclusive to a particular tribe, religion or ethnic group, it cuts across board.

In terms of renting houses or getting accommodation, some landlords do not let their houses to single mothers except they come with a man that will stand as their husband. Research revealed that some of these house owners believe the single mums will not be responsible, even some landladies have the same behavior and belief as their male counterpart.

On the other hand, the attitude of some single mother is nothing to write home about. You will find some of them engaging in different kinds of dirty lifestyle ranging from prostitution, alcoholism and lots more.

As we have the irresponsible ones we also the ones that are highly responsible so one will wonder how they got to the point of single motherhood. Because of the lifestyle of some of these single parent, landlords/ landladies do not want to have anything to with them to avoid problems.

Because of people's experience with some single moms they now generalize and hence the stigmatisation. Let me share two stories with you.

A single mom with her child rented a house, as time went on being who she is she started showing her true colour. She drinks till she gets drunk, she goes home with all sorts of friends to the extent of constituting nuisance and disturbance to the premises where she lives.

The landlord of her house became so angry and he's ready to send her packing because the man is sick and tired of her activities in the compound.

This is one of the reasons some house owners do not want to accept single mother into their houses.

Get the point, I do not support landlords rejecting single mothers but they should be of good conduct.

Some single moms became single not because they lost their husbands but because of their misconducts which have always been there.

A single mother of two children rented a an apartment, before she got the apartment it was a bit tough for her because of her status but eventually she got one.

Like some house owners would think that single mothers are not good, they prostitute, they are this, they are that.  This particular lady is different, she is descent, upright, very respectful and responsible. Her attitude made her landlord have a change of believe towards single moms.

It is not good to conclude or generalize because few set of people did something and we will conclude they are all like that. It is individual thing some married people even behave the same way while some do not.

Another angle to this is in terms of marriage, this common among women they are quick to condemn their daughter-in-law to be because she has a child or two children. It is the women in the family that will be against the marriage, they say their son can not marry someone that has already have a child.

Does it matter if a lady had a child before marriage, what matters is love, their ability to cope, understand and coexist with each other. We should remember that no marriage is perfect, any  marriage that is standing and waxing strong today it is the grace of God and lots of work and sacrifices had gone into the relationship.

No married woman prays or wishes to be single except the union is gone sour. It baffles me when some people especially women tackles fellow women who are single mothers when they want to remarry again.

Do you have any suggestion, contribution on this subject matter, express them at the comment section of this post.