Causes And How To Resolve Conflicts In A Marriage 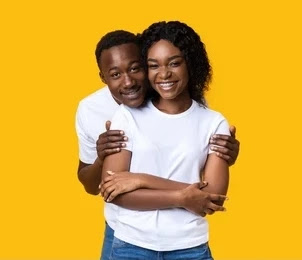 Marriage comes with different challenges, thes challenges vary from one marriage to another.

Many marriages have broken up because of the inability of the couples to resolve their conflicts. These problems in hones come in different forms at different times.

In 2020, during Covid-19 lockdown, we heard and saw  crisis I some homes. Some of these incidents occurred because couples who were used to staying away from each other due to their work schedules were forced to be together indoor for a long time.

We all know that some couples don't stay more than 7 hours with each other every day. Going out early in the morning and coming back late at night makes the time spent with themselves so short.

Before we look at the how conflicts can be resolved, let's look at some  causes of conflicts in marriages.

People argue if there is disagreement or misunderstanding. If you will agree with me, argument (healthy argument) is a tool that if properly used could yield good results. But in most Nigerian marriages it is never a good tool, most broken homes began with argument which later graduated into all sorts of abuses and domestic violence.

Why the argument? Partners want to proof a point, in some cases they want to proof they are right. If your partner don't trust you, you will always proof to him/her that you are right, if the trust is not there it will degenerate into argument.

This is another weapon of destruction in different homes. This is common when a son or daughter is successful, let's put in a way everyone will understand it, when a son or a daughter in family is rich and he or she gets married the family will still be attached to their son/daughter wanting him/her to give them everything he was giving them before he/she got married.

Another side to this is when mother-in-law disturbs her son's wife. That's why some women don't want to stay or have anything to do with their husband's mothers.

Sincerely, some mother-in-laws are possessive especially when their sons are rich, they want to monitor and control everything that goes on in their son's home. This has destroyed some homes. Women believe if they don't guide their sons they can not stand or do things on their own. The mother-in-laws want dictate to her son and his wife, they want to be in charge all the time.

Another problem is when the son's wife does not give birth on time, some mother-in-laws can make life miserable for their daughter-in-law because of childlessness. Some of these women are fond of saying I want to see my grand children in the process putting pressure on their son's wife.

The issue of of sister-in-law, at times some sister-in-law behave like mother-in-law. Maybe they always forget they will somebody's wife one day, even some that are married want to intrude into their brother's marriage. They want to know and control everything that goes on in their brother's home.

Families should understand that no matter how close or the bond between them and their son/daughter, the moment they are married they should allowed to run the affairs of their families.

Trust in a relationship is very very important, the absence of it dangerous. If you don't trust your partner there is nothing he/she will do or say that you will believe.

There should be some of level of trust in any relationship this will enhance the growth of the marriage.

Because of this, what they are supposed to do in 2hours it will be done in 5hours. She doesn't even believe in the husband, she believes the husband will date every girl that comes his way if she is not there with him.

The husband can not take decision on his own she will find something wrong with it. Lack of trust is not good in any marriage, it is important to note that a good relationship should be built on trust.

Both men and women are guilty of this, this may be caused by fair of losing their partners to another person. They want to everything to protect them to avoid listing them. In some cases, being over protective has developed into jealousy. When it is too much it will not go down well with other party which will eventually lead to conflicts.

Money is integral part of our life. There is this saying "MONEY IS NOT EVERYTHING", money is not everything but it can solve 95% of most problems in Nigeria.

O yes, it is one of the major causes of conflicts in different homes. Imagine a marriage without money how do you expect them to be happy? If I say money it doesn't have to be millions or billions of naira but at least what you can use to sustain a home. Nobody is saying you should have or acquire the whole world but have something that can your immediate needs.

We have seen marriages go apart as a result of lack of money, some women will start misbehaving, having extramarital affairs all in the name of no money.

The issue of money is not for men alone, both men and women should make sure they work so they can earn money, the work should not be left for men alone.

This is when there is no adequate or proper communication between the couples in relationships.

Communication has a lot to do in marriages, in a situation whereby two people from different background come together they need to communicate to understand each other, even if you are from the same background you still need to relate with each other for better understanding.

Lack of good communication can result into anger, misunderstanding, suspicion, mistrust and so on. 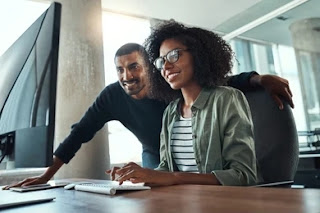 Below are some ways conflicts can be resolved in marriages

5. Don't compete with your partner

6. Learn from your mistakes

8 Make out time for each other

It is very important that couples learn how to forgive their partners and so they can move on together in peace and harmony. It advisable that husband and wife resolve their issues before going to bed  any time they have misunderstanding.

Argument is one of the factors that kills marriage very fast, although healthy argument is allowed.

Some of the conflicts always start from argument and if not properly managed will degenerate to physical assault.

In a relationship when any of the party is angry or provoked, it will be of great help if he or she can devise a means of calming down to avoid going into argument with their partners.

Like someone I know who has argued love out of her marriage. She preaches love but does not practice it.

Before you marry your wife or your husband you dated before both of you eventually got married so when you were dating you must have seen some things about your partner and you still went ahead to marry or settle down with him or her. The bottom line is learn how to tolerate your partner but not to the point of death.

Take it or leave, marriage is like a dark community, you can never know everything about it until you get there. It is place you learn because life will continue to unfold itself so you have to open your mind.

Tolerance in marriages can take it far. Marriage is an institution where you will continue to learn as long as you remain on planet Earth.

Let's get something very clear here, I do not support tolerating your partner until he/she takes your life, NO!!!.

But the truth is we have to learn how overlook some certain things provided they will not hurt our marriages.

In Nigeria, we believe so much in God so the prayer option is very important. Apart from the fact that we are religious people, God answers prayers for those that believe in him.

God answers prayers and prayers can move mountains, it can even divide a sea into two.

4. DON'T COMPETE WITH YOUR PARTNER:

When couples do things together it helps to bring them together tgereby reducing conflicts in their relationship s.

It is advisable partners do the following together, bath, eat, s e x, outing, worship, house chores and so on, Doing all of these things together will make them closer and this will make them understand each other.

8.MAKE OUT TIME FOR EACH OTHER:

Most couples hardly make out time for each other, this could be as a result of looking for money, busy work schedule, not staying in the same location, don't think it is necessary.